It was such a devastating night for Katherine Weaver. She and her husband had to quickly escape from their house in the middle of the night due to one of the California fires which overcame their neighborhood. There was no time to gather their belongings.

They couple had to leave behind everything, including their precious dog, Izzy. Katherine tried to call for Izzy to quickly run to come with her, but Izzy panicked and ran in the opposite way. Heartbroken, Katherine could not wait for Izzy or she would have had to risk her own life.

So upset about having lost everything, Katherine was more distraught that she may have lost Izzy in the wildfire. Katherine’s son Jack Weaver and her son-in-law Patrick Widen were determined to see if Izzy made it through the horrific night. Even after being turned away by police officers, they persisted and continued their quest to hike about three miles to their parent’s property.

They were so hopeful that Izzy would pop up, so they began to video record what they saw once they got to where their parents’ house once stood. As they got a glimpse of the gate that was still there, they were completely shocked to see that everything was in complete ruin. They hoped that some of the house would be standing, but it was not.

They began to yell for Izzy. As they hiked up the driveway, the pair continued to yelled for the dog. The closer they got to the where the house used to be, the louder they yelled. When they reached what was left of the house they saw the most unexpected sight.

Izzy was running towards them from what was left of the house. Wagging her tail, just as excited to see her family as they were to see her. Jack and Patrick could not wait to reunite her with Katherine!

When she heard the news, Katherine could not believe that Izzy survived! It seemed almost too good to be true. Her hope that Izzy would survive had been lessening with each hour.

Even though the thought of losing her home is overwhelming, Katharine is able to have hope for the future because her sweet dog, Izzy is still alive.

“She just lost it,” Jack said. “She went from being devastated about losing her home to the being the happiest person I’ve ever seen”.

Katharine’s son shared the video on his Facebook page and understandably, it went viral. Thousands of users joined in celebrating Izzy’s return home. Such an amazing tale of survival and love!

YOU MAY ALSO LIKE: Depressed Dog Loses Puppies in Fire And Is Introduced To A New Litter 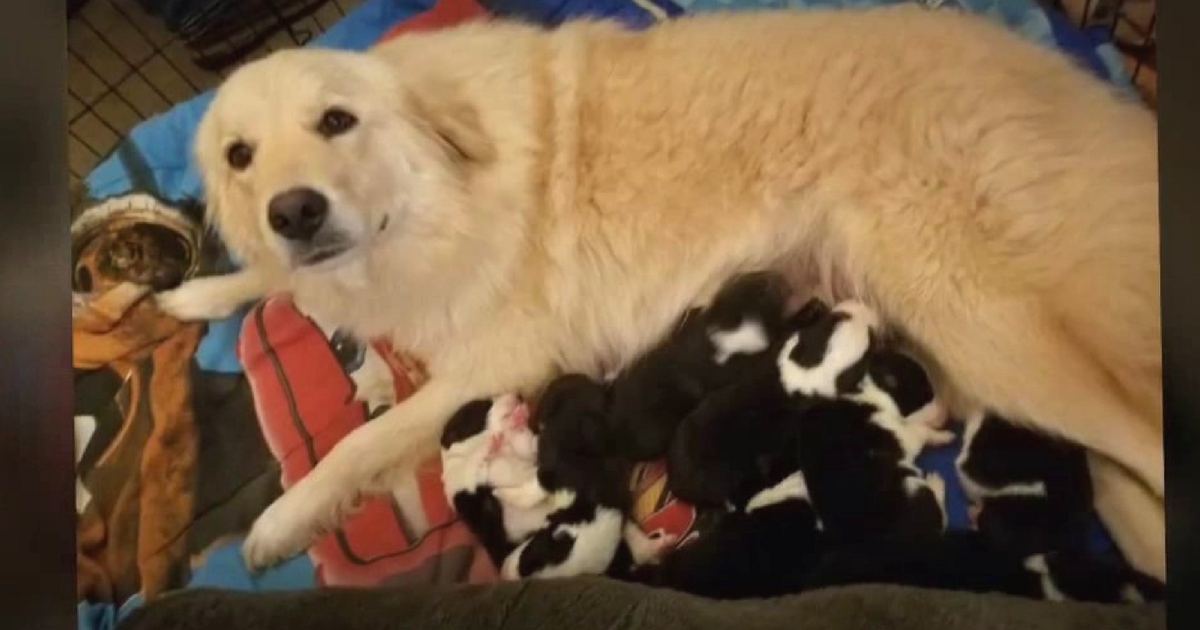 The Mozart of Chickens Plays The Piano