Dog Is Abandoned In Bathroom, But The Owner’s Letter Explains Why

Chewy’s owner abandoned the pup in an airport bathroom. But the reason was actually to save him from an abusive situation!

This dog owner had to go to desperate measures to make sure that her beloved puppy Chewy was okay. After a nasty fight with her boyfriend, this young lady was set to board a flight to escape abuse. The only problem was that she couldn’t afford for Chewy to ride with her. Not having time to think through what she would do with her puppy, she had to taek a desperate measure.  Hoping everything would work out and that someone would rescue her dog, she left a note along with Chewy in the airport bathroom.

My owner was in an abusive relationship and couldn’t afford me to get on the flight. She didn’t want to leave me with all her heart but she has NO other option.

My ex boyfriend kicked my dog when we were fighting. And he has a big knot on his head. He probably needs a vet. I love Chewy sooo much. Please love and take care of him. xoxoxoxo

The pair that had both been abused were painfully separated. We imagine that Chewy’s owner had a long and tearful flight, but she is one brave girl.

Chewy Starts A New Life After Being Abandoned

Fortunately, someone found Chewy and sent him to a shelter. There his bruises were taken care of and he was later adopted.  Chewy is happy now, even though he endured a painful separation from his owner.

Chewy is such a cutie-patootie!

This just goes to show that no matter what you circumstances are in life, they can take a turn for the better. We hope that Chewy’s owner is doing much better now, and that she is able to see that her beloved pup is with someone that loves him as much as she did.

YOU MAY ALSO LIKE:  Dad Gets Surprise Puppy In His Mailbox, Then He Can’t Stop Crying 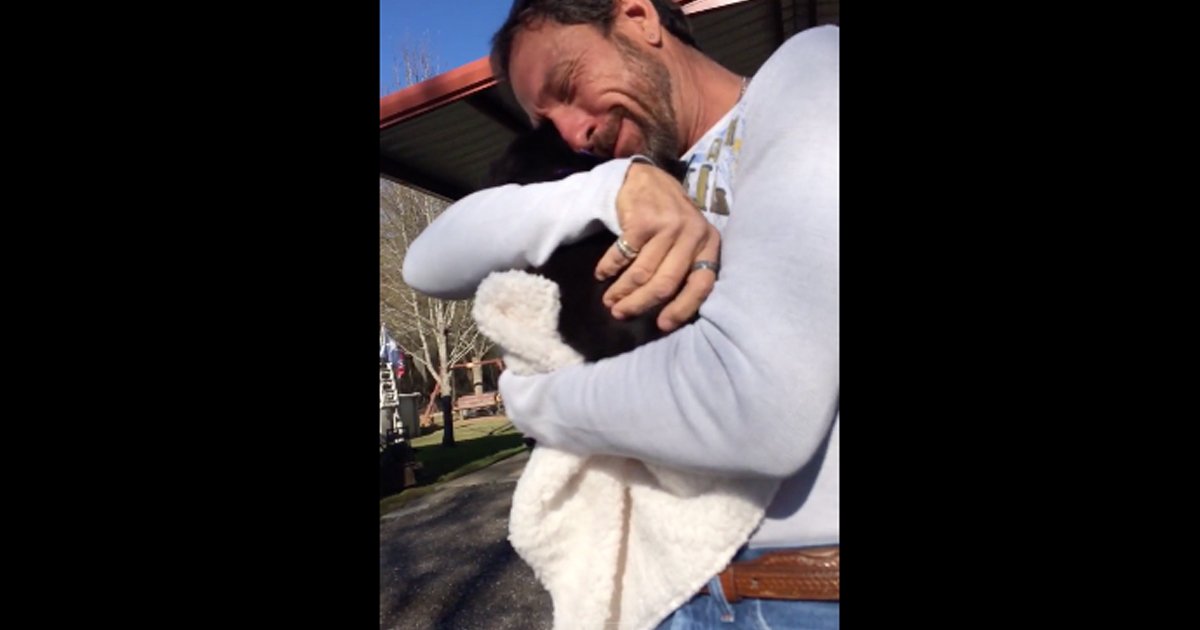 Beauty & The Beast Actress Gets Surprise Proposal On Stage

ICU Grandpa Comforts Babies Who Have to Stay Alone