Grandmas Said ‘Yes’ to Being in the Wedding Party Together

Bride, Maggie Wakefield broke wedding traditions for all the right reasons. Her and her groom, Josh Wakefield wanted to honor their grandmothers in their wedding. Shying away from what is typically done at weddings, they came up with a unique idea. They asked their grandmothers to be a part of their bridal party by fulfilling the roles of flower girls at the wedding. Both grandmas said “yes” to being in the wedding party together.

Instead of just calling their grandmas on the phone to ask them to be their flower girls, Josh and Maggie planned a special “proposal”. Maggie put together a flower girl basket, filled it with rose petals, and presented the baskets to their grandmothers.

“They both accepted and we were just so happy we couldn’t believe it,” Maggie says to PeopleCelebrity. “They mean so much to us.”

Maggie and Josh have a very close relationship with their grandparents. Drue Fitzgerald, Josh’s grandmother, was a huge influence in his life. They have quality time with her and Josh’s grandfather at least once a week.

“Whenever we’re over, they feed us a full-course meal. They’re so sweet and so caring.”

Joyce and Ronald Sr. Benedict, Maggie’s dad’s parents, played a huge role in Maggie’s life. She knew that she just had to have them be part of her wedding. Joyce was like a second mother to Maggie and Ronald Sr. was like a father to her. Maggie’s father passed away from colon cancer so he was not there to walk her down the aisle for her wedding. Her grandfather stepped in to share the special moment.

Still involving her dad, she hangs a small photo of him around her bouquet.

“I’m sure my father was looking down, smiling and laughing, at his mother throwing flower petals, with his father and me following from behind”, Maggie to Huffington Post.

Drue and Joyce wore matching slate gowns with sheer lace sleeves on the big day. They looked stunning as they carried a basket, filled with rose petals of course, that the bride created. Huge smiles and all, they were completely adorable walking down the aisle preceding the bride.

“Having our grandmothers as the flower girls meant the world to us!”

YOU MAY ALSO LIKE: Late Father’s Best Friend Shows Up To Walk Bride Down The Aisle 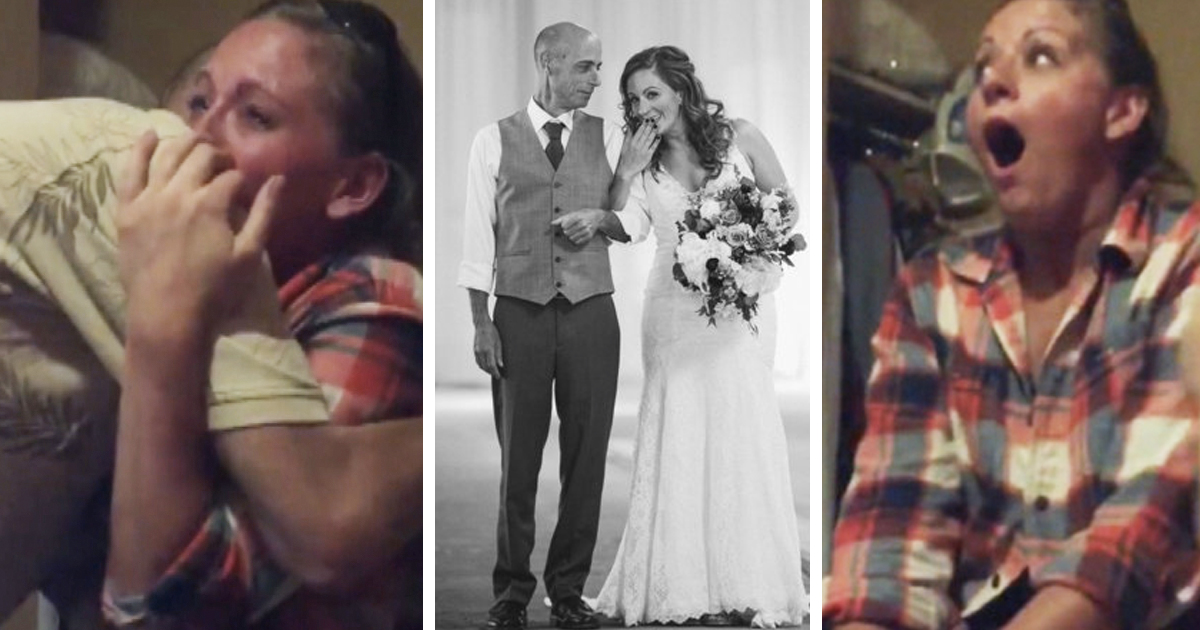 Reunited Orphans Hug After Both Being Adopted In The Same Hometown

What Does Your Dog Dream About?