Don’t Miss The Biggest Supermoon Since The 1940s

Okay folks, mark this in your calendar–November 14th the supermoon will be taking over the night sky. What’s so exciting about the supermoon? When a ‘supermoon’ is in the night sky, the moon appears bigger and brighter than any other full moon.

This happens because the moon is the closest to the Earth it will be during its orbit. Scientists say the moon we’ll see this month will be bigger and better than it has been since 1948! If that isn’t enough to convince you head outside, scientist say that we won’t see a moon like this one until roughly 2034! 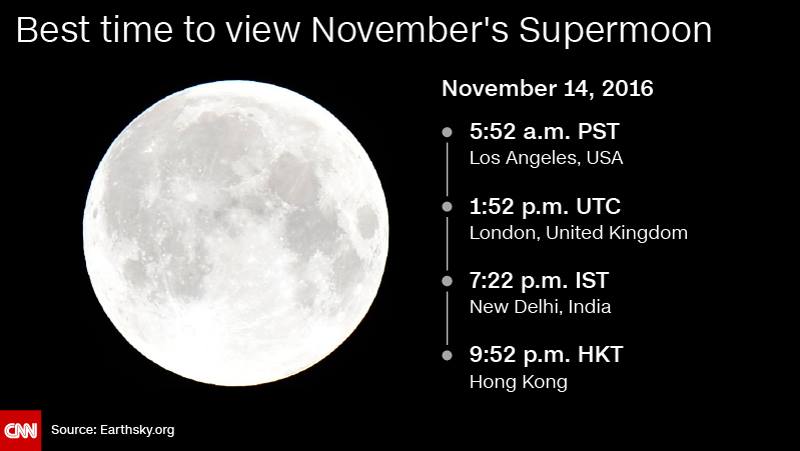 Photos of Past Sightings

WATCH: What’s so ‘super’ about a moon?

When Stacie's not daydreaming about her travel wish list, she's probably devouring donuts or teaching her cat tricks. She takes tons of photographs and only runs because it's easier than replacing her jeans.

Pony And Her Foal Heroically Rescued

Boy Wows Idina Menzel When He Sings “Let It Go”