Many famous celebrities are on the receiving end of some of the cruelest jokes and online attacks. Some are devastated, especially when it comes to rumors that are often based on falsehoods. What about the times that celebrities responded perfectly to their online bullies?

More celebrities realize that it’s futile to try to fight back, so they do the next best thing.  By having fun with the misinformation and making a joke themselves, they quickly remove the fuel for further attacks. Sometimes humor isn’t an option, and the celebrities instead take a stand for those similar to them. Often they have to learn to ignore the criticisms and laugh at the absurdity of the attack. It takes a strong individual to smile in spite of the hurtful remarks, particularly when they are shared with the world.

These famous celebrities perfectly responded to their online bullies with humor and wisdom. Often accepting the very thing they are attacked for is the best way to shut down the attacker. Check out these perfectly aimed responses.

13. Singer Adele Pokes A Little Fun At Her Age

Nearly 30! Thanks for the well wishes. See you soon x

Haters love to make fun of Adele for looking more mature than what she really is.  If you can’t beat ’em, join ’em.  So for her 29th birthday, Adele posted pictures of her dressed up as an adorable aged woman.

Knowing that criticism of her will always been an issue as long as she is in the spotlight, Adele says this:

“I have insecurities, of course, but I don’t hang out with anyone who points them out to me.”

12. Jackie Evancho Doesn’t Let It Get To Her

At 16 years old, Jackie had no idea the backlash she would feel for accepting the invitation to sing the National Anthem at the 2017 Presidential Inauguration.  She was attacked for everything from her ability to sing, to her clothing choice, and of course, her decision to take the job.

“I was called vicious words, things I can’t even say. It’s just crazy the nerve people have over the Internet, because you know they wouldn’t do that in person.”

What wasn’t taken into consideration was that Jackie was indeed sick and had recently lost her voice. She admitted to being very nervous (understandably!) and wanted to do her best knowing she couldn’t.

I sang, zoned out, and then after that I was like, “Could I have done better? Could I have done worse? Either way, I am proud of myself.” What I learned from that is to stay true to your opinion, you know? Stick to what you believe in.

But Jackie has words of wisdom for herself and others in this position:

I just ignore it. I can think [about] how stupid it is, but I do ignore it. It’s a crazy world we live in.

11. Sandra Bullock, One Of Many Celebrities Responded With Change

Chosen in 2015 as People Magazine “World’s Most Beautiful Woman” Sandra Bullock found herself questioning the mis-use of social media. She noticed that the focus was on females based on their age or appearance versus what they offer society.

“I’m trying to raise a good man who values and appreciates women…if I can talk about the amazing women who I find beautiful, which are these women who rise above and take care of business and do wonderful things, and take care of each other, then I’m more than honoured to be on the cover of this.” Bullock told E!

10. Hugh Jackman Finds Himself The Object Of Concern

Sometimes the online comments aren’t meant as attacks, but they still sting.

“Hugh Jackman is looking really old these days. What’s going on with Jackman’s face?” one commenter wrote on Instagram.

For actors who often lose/gain weight for various roles, they find themselves often in the crosshairs. All it takes is one photo to spark controversy.  Their fans often mistake their stage make up or role-ready bodies for a failure in diet, pre-mature aging, or disease.

In this case, Hugh Jackman was quick to squash rumors about his health by posting this video of a very fit 48-year-old to his Instagram account!

Kelly Clarkson jumped to fame quickly after winning the first season of American Idol.  But what she wasn’t expecting was how cruel and tactless people could be.  Having struggled with weight most of her life, at 19 Kelly certainly wasn’t overweight but the shaming began quickly as she was compared to other contestants.

“Yeah, I was the biggest girl on [‘American Idol’] too,” Clarkson said on The Ellen Show. “And I wasn’t big, but people would call me big because I was the biggest one on ‘Idol,’ and I’ve kind of always gotten that.”

13 years later, Kelly is taking on her attackers with a new strength.  She has confidence in who she is and that includes her voice, her body, and her career. Now Kelly is encouraging others with an empowering message:

“It’s nice for fans to see like, being famous or being in the public eye there are some beautiful positives, and amazing positives…but it’s nice for them to see the negative of it as well and not just think it solves all your problems…There’s always going to be some naysayer…no one’s perfect… “

8. Tom Cruise Laughs At Himself Through This Skit

No matter how famous the celebrity is, they often battle attacks on the very movies that made them famous. Tom Cruise is no exception.  In this hysterical Late Late Show skit with James Corden, the pair act out famous scenes from Cruise’s movies, including those that bombed in the box office.

Accepting the criticisms of some of his films, Cruise captured the opportunity to laugh along.

7. “No Dumb Blonde” Dolly Parton Tells It Like It is

She’s been attacked for everything from her looks, clothing choices, and singing style, but Dolly Parton knows exactly what she’s doing.  Having come from humble beginnings, Dolly knew from the start she wanted to be a performer. And she carefully thought through how she would get the world’s attention.

“I know people make fun of me. All these years, people think the joke has been on me but it’s actually been on the public. I know exactly what I’m doing … I make more jokes about myself than anybody,” said the straight-talking singer in an interview with Barbara Walters in 1977.

Agree with her or not, this talented business woman proves she can have brains and beauty!

“I’ve often made this statement that I would never stoop so low as to be fashionable, that’s the easiest thing in the world to do, so I just decided that I would do something that would at least get the attention,” she added. “Once they got past the shock of the ridiculous way I looked and all that then they would see there was parts of me to be appreciated. I’m very real where it counts, and that’s inside.”

6. Actor Jennifer Aniston Knows How To Have Fun

Jennifer Aniston took the bull by the horns with recent rumors. Including that she was pregnant with possible triplets, has a lazy workout routine, or that she already has a son. Jennifer made a hilarious video that mocked every lie and question that her criticizers formed. Way to go, Jenn!

5. Actor Chris Pratt Knows How To Deal With Ribbing

After an attack from body shammers who ridiculed him for losing so much weight for a movie role, Chris Pratt posts a picture of Instagram of a T-Rex skull at a museum. He hilariously said within the caption,

“To prove my security in the way I look, I’m posting a current selfie of me at what I consider a very healthy weight.”

Country/Pop singer Taylor Swift was pictured sporting a bright yellow toggle coat and a red knit hat. Internet users poked fun at her for looking like ‘Paddington Bear’, a fictional character in children’s book of the same name.

Not easily offended, she found a way to have fun with the mocking. Taylor posted a picture of her and Paddington side by side with the caption, “Who Wore It Better?” for her followers to rate the comparison. Who would you vote for?

3. Demi Levato Shows That It’s About Being Healthy

Having a career started as a young girl on The Disney Channel, Demi was no stranger to attacks about her looks. But she was brutally honest discussing how this affected her as a young girl.

“I started compulsively overeating at a very young age,” Demi told Seventeen.com. “And then I almost stopped eating altogether at the age of 12.”

Demi experienced years of not caring for her body and allowing the negative comments of others to effect her choices. Now, she has a strong handle on where her life is headed and how she will deal with the constant scrutiny of her body.

“Dear haters,” she responded. “You don’t have to like me cause I love you. Everyone’s equal, everyone has a soul and everyone deserves to be loved. Dear Lovatics, for every hater tweet – don’t respond with hate but love and positivity.. Try love instead of combat.”

Full of rage, people all over the world went to the internet to express their anger. Steve Harvey apologized through all his social media accounts, but what calmed the cyber storm was when he tweeted a picture of himself on Christmas day with the description that read, “Merry Easter, y’all!”.

So appreciative of how Steve gave comic relief to the situation, the organizers of the Miss Universe Pageant invited him to host Miss Universe again for the following year!

The attacks on celebrities happen so often that Jimmy Kimmel Live came up with the brilliant idea. In a segment called “Celebrities Read Mean Tweets,” celebrities read aloud some of the insane comments left about them on Twitter and have a good laugh at the same time.

Co-Head Writer of the show, Molly McNearney (also, Jimmy Kimmel’s wife) had this to say about the mean social media comments that are often directed towards celebrities:

What a great example of how to deal with unpleasant comments from others!  Don’t give them the satisfaction of knowing it gets to you and fight back with kindness and class.

YOU MAY ALSO LIKE: Mom Sets Record Straight On Facebook After Bully Criticized Her Parenting In Target 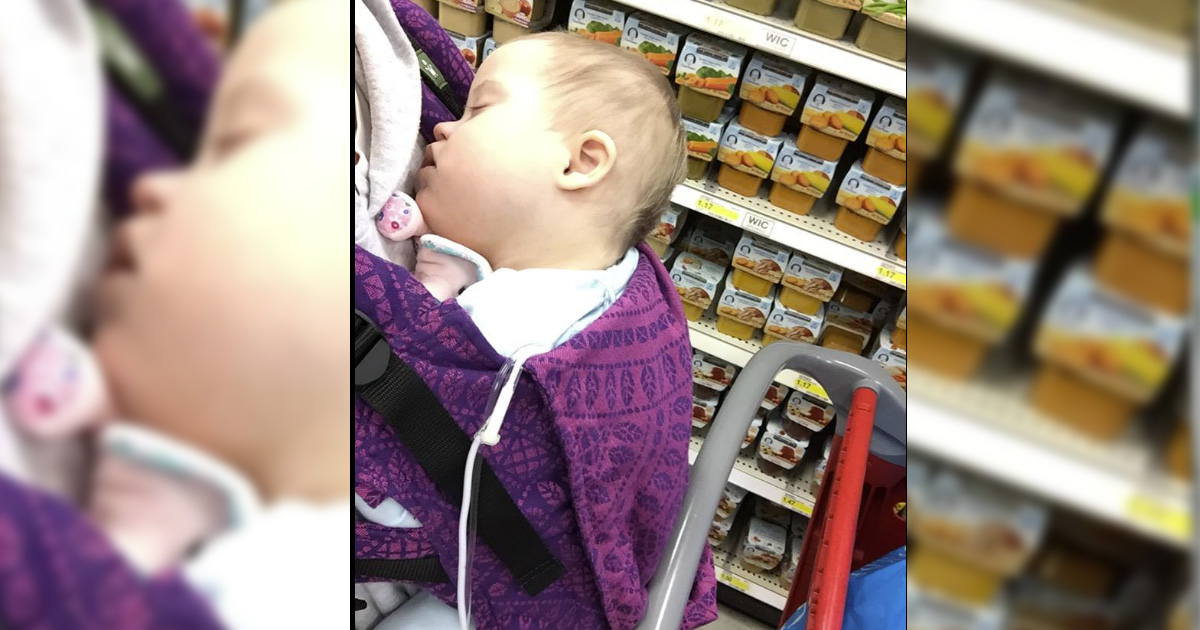 11 Of The Most Mind-Blowingly Beautiful Wedding Photos

Foster Mom Responds to “I Could Never Do Foster Care, I’d Get Too Attached”

The Walt Disney World Employee Behind This Mystery Has Been Found

Woman Finds Letter From Mom Who Died 10 Years Before