Officers Complete Tree House for Trooper’s Daughter After He Passed

Jaila Davis climbs up the ladder to the top of her new tree house. She looked down from the deck and gazed at all the group of people who sacrificed their time to do something very special. There in her backyard stood all of the police officers who helped complete her father’s huge project for her.

Jaila’s dad was building a tree house for her and did not complete it due to a very tragic incident. While he was working one day, he died in the line of duty.

Trooper Joel Davis responded to a domestic violence call just a few days before Jaila’s 13th birthday. The aggressor on the scene attacked him and unfortunately, Trooper Davis did not survive. Along with his wife and three kids, he left behind the wooden structure of the incomplete tree house that he was building for his youngest daughter’s birthday.

Jaila was devastated losing her dad right before her birthday. The community had a hard time with the news. Trooper Davis was very loved by his family and friends. His family and close friends were in disbelief.

“He was a good husband and a father,” State Police Superintendent George Beach says to FOX42. “He coached youth athletics and was a commissioner in the youth baseball league”.

Fellow police officers knew that Trooper Davis was building a tree house for his daughter. They came up with a great idea that would certainly cheer Jaila up. They decided to finish Trooper Davis’ special project.

35 active and retired police officers from multiple departments came together to complete the treehouse that the state trooper was not able to finish. Because of all the man power, the tree house only took one whole day to complete!

They built the tree house with a ladder, a window, and a deck. And topped it off with a flag that symbolizes Trooper Davis’ commitment and bravery to his job, his community, and to his family.  We’re sure that Jaila not only enjoyed her new playhouse but was able hold tight to her special memories of her dad.

YOU MAY ALSO LIKE: Fallen Officer’s Widow Shares How She Wants Him Remembered 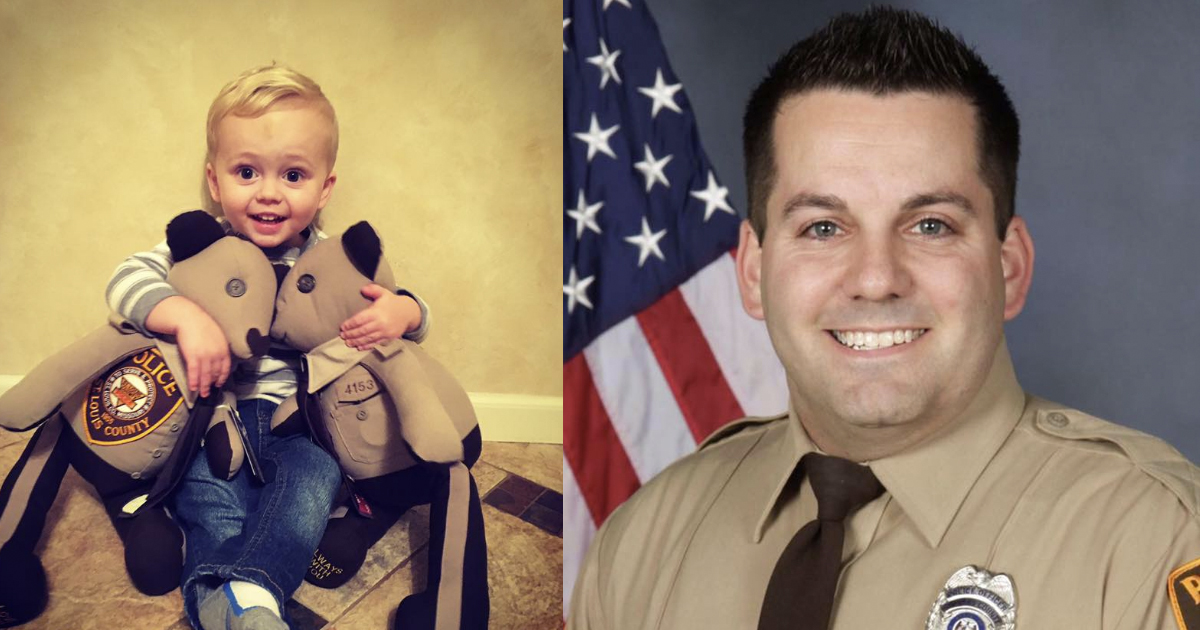 “I am deeply proud of my husband,” Elizabeth shared, “He is a hero, a true hero. His son will grow up knowing that. If he had the choice to go back and do this again, he would. He would make the same choice. Because that’s how much he cared–to protect and serve. So selfless. He made the ultimate sacrifice, and I couldn’t be more proud.”  >> READ MORE

Kind Officer Does The Incredible For Runaway

Bakers Trapped During Hurricane Made Loaves To Feed Hungry

Special Boy Sews Hundreds Of Bears For Kids In The Hospital