Wife Saved Husband From Falling Off Cliff While He Renewed Vows

One wrong step, and this man almost fell off a cliff to what quite possibly could have been his death. But he quite literally had faith. . . his wife Faith. And this wife saved husband from falling off that cliff.

Peter Bolton and his wife Faith were celebrating their 5th anniversary by renewing their wedding vows. High atop a picturesque mountain in New Mexico with a valley stretching out below them, Peter wanted to make a point to his lovely bride of five years. Unfortunately, it nearly backfired for him!

Peter explains that in the movie Dead Poets Society, Robin Williams ‘ character encourages his students to ‘yawp’, a way to barbarically celebrate life. “So I was promising her that I would ‘yawp’ more.” 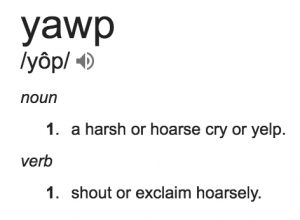 But as Peter yawped, he lost his footing, nearly falling 45 feet down. “You can tell that I’ve just lost all ability to recover on my own.” Peter said. That’s when his wife Faith reached out and pulled him back to safety.

“This could have gone a lot of different ways,” Peter said.

“You know it shows that sometimes, the people you’re around are who need to be there, exactly who needs to be there at the perfect situation”.

YOU MAY LIKE: Father and Bride’s Epic Dance Takes Internet By Storm

When she's not eating donuts or writing about uplifting and funny stories for Everything Inspirational, you'll most likely find Stacie Marshall behind a camera. She's a Richmond wedding photographer and portrait photographer, and admittedly takes way too many pictures of her cat, Natalee. ;)

Dog Rescued Abandoned Kittens Left to Fend for Themselves