Wife Texted Husband after Bringing in a Puppy

A wife texted husband after bringing in a puppy that wasn’t what it appeared. She posted pictures of their conversation online, and their text messages blew up the internet. Wait ’til you find out why.

Kayla Ebly is an animal fan known for her love of all types of animals. So her husband Justin wasn’t too surprised when she texted him that she’d brought in a stray puppy. But when he looked closer at the pictures, he panicked, and tried calling Kayla right back. The scared ‘puppy’ he saw in the pictures wasn’t a puppy at all, but rather a coyote!

He was obviously concerned for her safety, and for the safety of their son. But there was much more to the story.

(Justin was understandably upset so some of his language, which we blurred out, was a little ‘colorful’.) 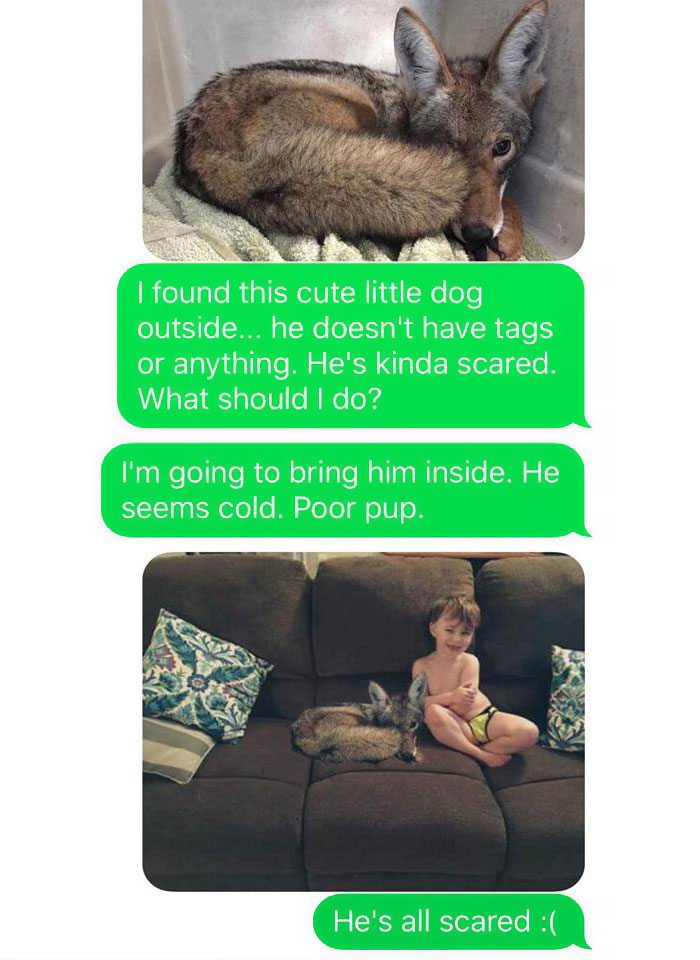 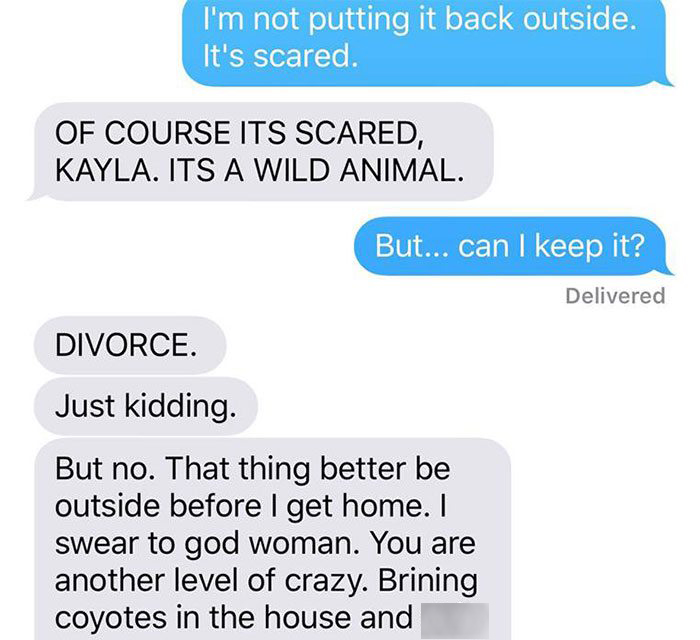 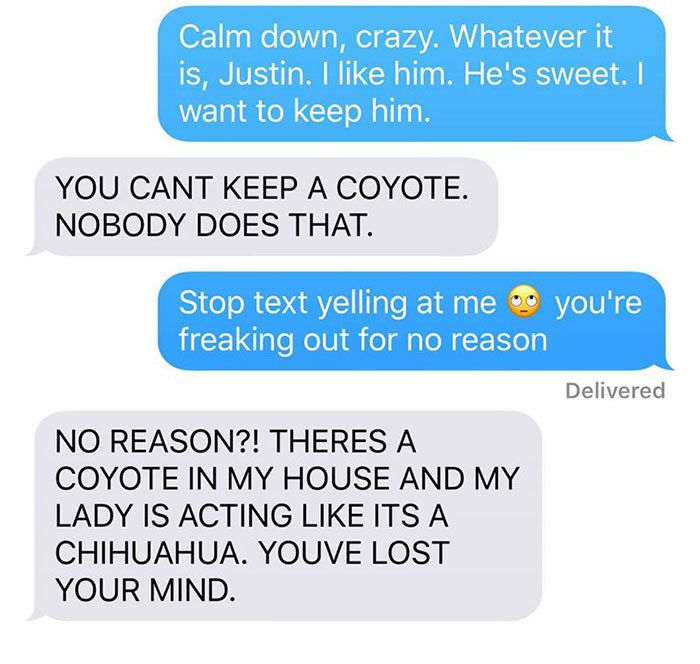 “Babe. You said we could talk about getting a dog for Christmas and then we never did. . . this is fate.” texted Kayla. 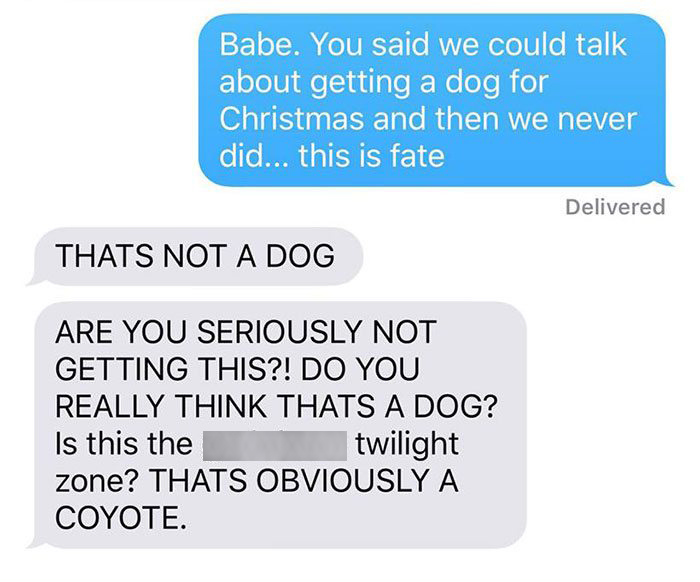 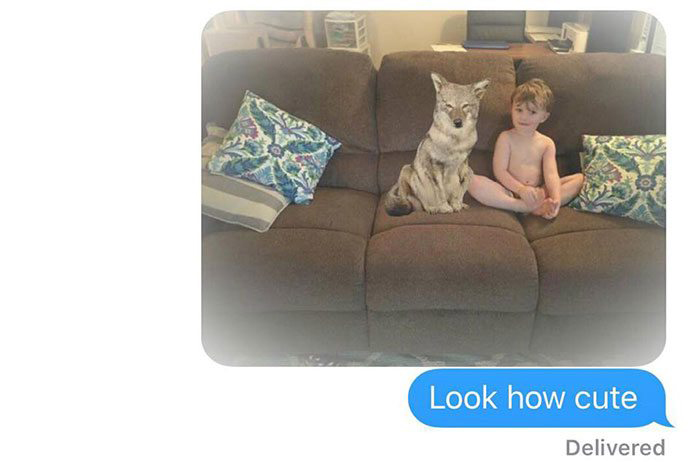 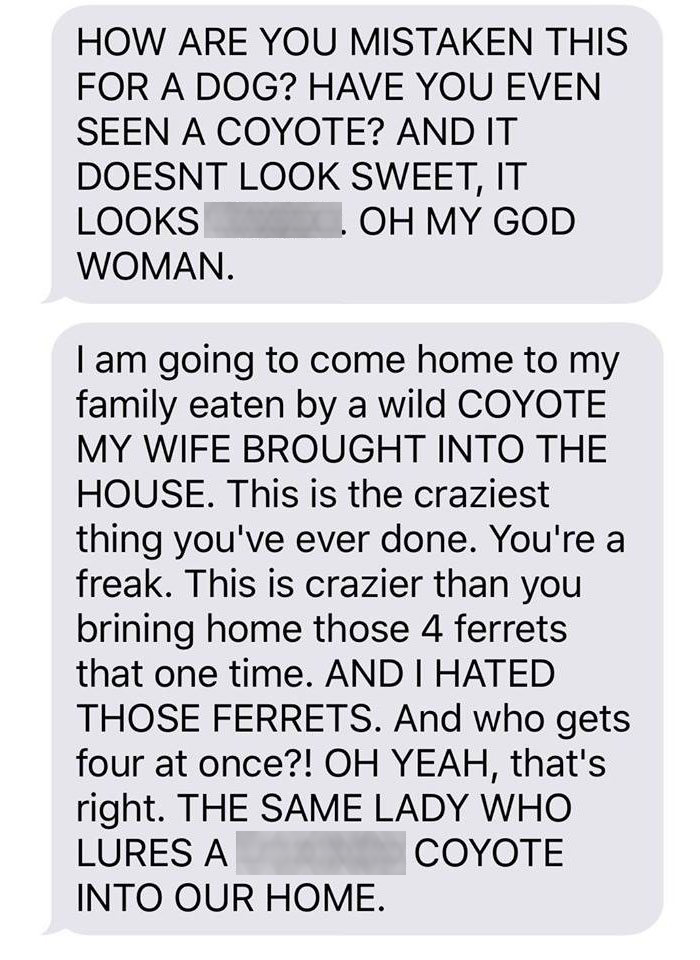 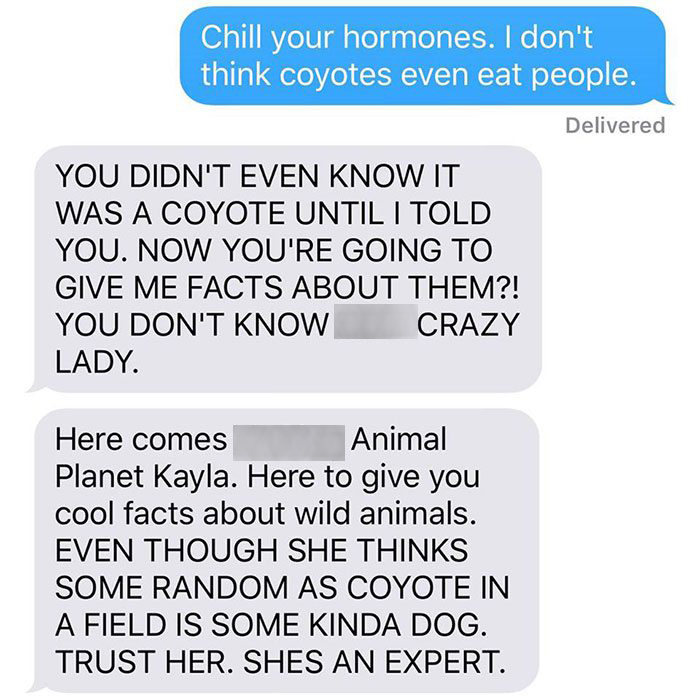 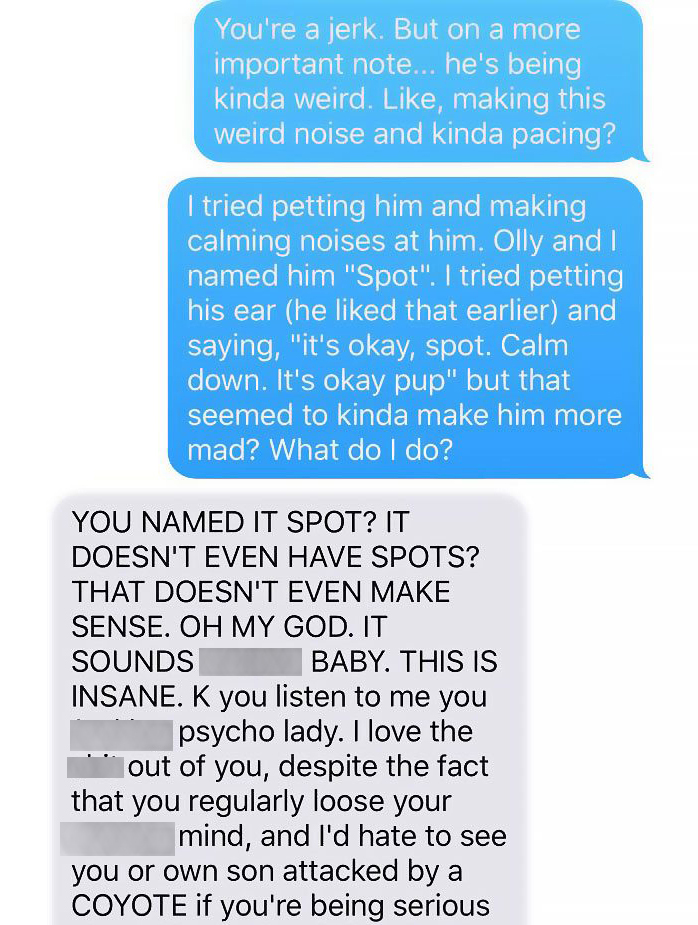 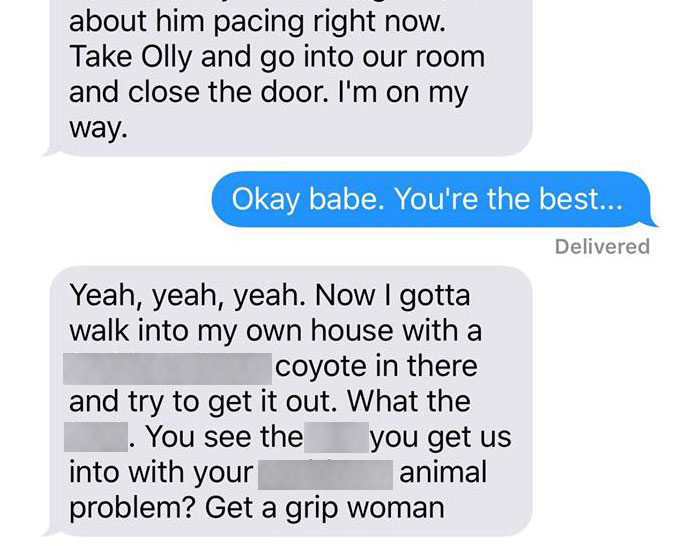 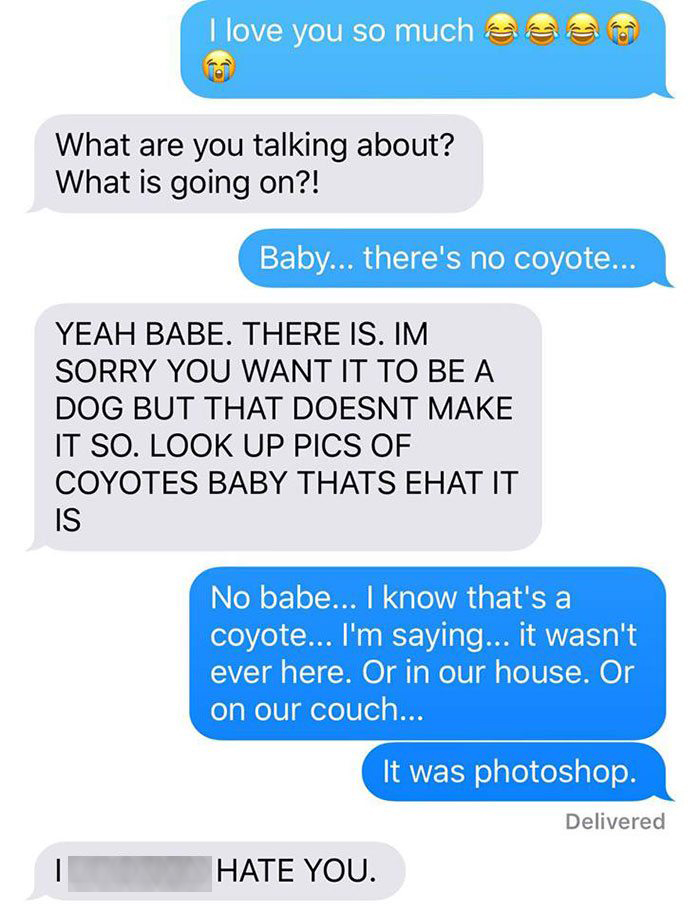 Kayla Comes Clean About The Coyote

Eventually, Kayla let Justin in on the joke. She had a friend Photoshop the pictures of the coyote in their home to play a prank on Justin. We hope their silly antics gave you a chuckle.

Have you ever pranked someone (or been pranked)? Tell us how it went in the comments below.

Farmer’s Epic Dance in His Barn Will Make Your Day

10 Times Naughty Pets Were Caught In A Hilarious Moment

‘Rock Around the Clock’ with These Dancing Grannies with Walkers