We’ve all heard the story about legendary pilot Amelia Earhart. She was such the inspiration as the first woman to fly across the Atlantic Ocean, and tragically crashed trying to circle the globe. History tells us that Amelia Earhart died when her plane crashed. But what if she didn’t?

A theory held by the group International Group for Historic Aircraft Recovery (TIGHAR) since 1998 is just now taking the internet by storm. What if Amelia survived the crash and lived on a desert island, bravely waiting to be rescued?

A skeleton of a castaway found on a remote island in 1940 could belong to Amelia Earhart!

“Until we started investigating the skeleton, we found what history knew was that Amelia Earhart died in July 2nd, 1937, in a plane crash. But there is an entire final chapter of Earhart’s life that people don’t know about. She spent days — maybe months — heroically struggling to survive as a castaway,” TIGHAR’s executive director, Ric Gillespie said.

Originally, the British authorities dismissed the bones as possibly belonging to Amelia Earhart because they believed them to belong to a male. But recent findings from anthropologists is starting to change that opinion, and then there was another discovery.

It was noted that the castaway skeleton had forearms that would have been considerably long for a European woman. Archival photos like the one below revealed that Earhart’s forearms were virtually identical to that of the skeleton’s. 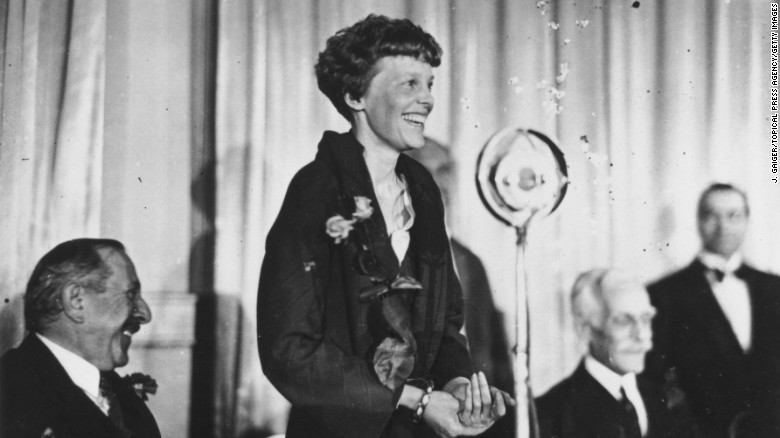 TIGHAR also revealed that she made 100s of distress calls between July 2 -6, 1937, which they say rules out the possibility of her plane crashing.

“But she lived and died in that island for a while,” they insist.

They believe that the reason rescue planes didn’t see her plane on the island is because it eventually was swept out to sea.

What do you think? Could Amelia Earhart have survived and lived on a desert island?

Boy With Dwarfism Helps Sick Kids Instead Of Getting Birthday Gifts