Hillary Bowles and fiancé, Logan, decided on a destination wedding in Charleston, SC.  The couple realized that it would be too far for Leo, Hillary’s dog, to attend. But Dad, Wayne Bontempo, brought the next best thing: a life-sized cutout of the doggie!

Leo is not a great traveler. So instead of flying down to join the wedding fun, he spent the time visiting with his Ohio doggie cousins.  (Dad Bontempo picked up Leo and checked him into the doggie hotel with his dogs.)

Realizing how important Leo is to Hillary, Dad came up with a clever way to have him participate.

When the couple, who reside in New York City, made their wedding plans they knew it had to be the southern city that they first vacationed together.  Charleston, South Carolina was the perfect destination wedding. Except for one hiccup – Leo.

“We REALLY wanted him to be there,” Bowles told The Dodo. “[But] he would have had to fly down — and be boarded most of the time where he didn’t know anyone … and we were leaving for our honeymoon directly after.”

‘Next Best Thing’ Hits The Road

That’s where Bontempo’s great idea took wings. Hillary’s dad made a life-sized cutout of Leo. Wayne took it one step further; he made the entire road trip from Ohio to South Carolina a photo essay. Then he shared regular text updates with Hillary!

“I knew it was going to be a long trip down there and I was driving down by myself, so it was to keep me occupied while I was driving, and I also knew it would make her happy,” Bontempo said.

As Hillary’s Dad and Cut-Out Leo made their trip south, he continued to send regular photographic updates. Hillary promptly shared them with her social media friends! Here is Leo reminiscing as he and Wayne pass Hillary’s college exit.

“He is the goofiest, most creative person I know,” she says. “My dad would do just about anything to make sure I’m happy, so him doing this wasn’t too far out of the ordinary. We are very close.” Hillary told TheKnot News

On the way to the wedding there were many sites to see.  Hillary’s dad made sure to keep her updated on each big moment in Leo’s travels.  Here’s Leo “2” with The Football Hall Of Fame in the background!

Sometimes the trips are more about the folks you meet.  Leo “2” made lots of friends on his journey. We’re sure that people were asking a lot of questions about the cut-out doggie!

“My favorite is one with Leo’s cutout and real dogs,” the newlywed shared. “I can just imagine my dad asking people to take photos of their dogs with cutout Leo.”

Leo looks so cute posing next to the North Carolina welcome sign!

The newlyweds were excited to take a photo with Leo “2”!  If you can’t have the real thing, this is definitely the next best option. What a fun way to add to your special event and make an amazing memory!

“Having Leo’s double at the wedding definitely helped;  it was such a sweet gesture and kept the guests laughing the whole weekend,” Bowles said.

YOU MAY ALSO LIKE: 8 Perfectly Timed Over-exaggerated Cat Moments 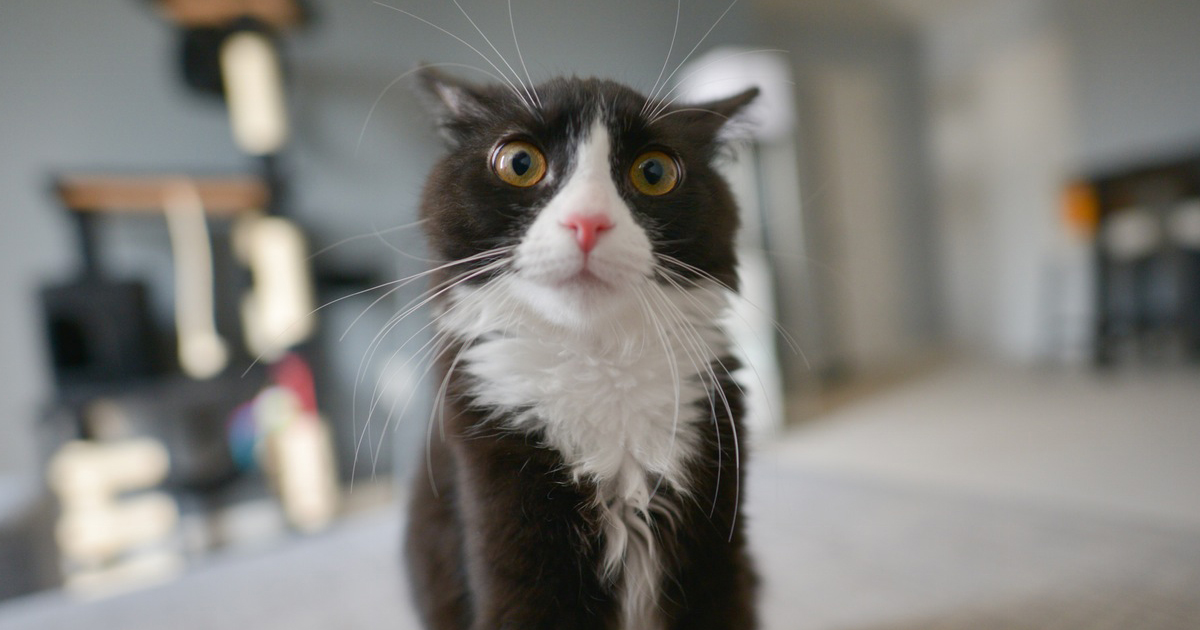 Couple Proves That True Love Can Be Found At Any Age

Carolanne Miljavak Explains Why Her House Is Messy