Every Bunny Was Kung Fu Fighting

Every Bunny Was Kung Fu Fighting

Jessica Windes was traveling with a friend in Arizona when she saw two rabbits on the side of the road who were apparently in a bit of a fight. They uploaded the video clip to Facebook with the funny status, Every Bunny Was Kung Fu Fighting.

The play on words was a nod to the original 1975 song ‘Kung Fu Fighting’ by Carl Douglas. And as soon as you watch the funny (punny) clip, you’ll see why it went viral, with more than  5.6 million views to date on WeatherNation’s Facebook post alone.

And if that left you REALLY wanting to see the rabbits sweet moves with the song playing in the background here ya go. . .

WATCH: Every Bunny Was Kung Fu Fighting with Music

And if you STILL can’t get enough, and want to watch it with the WHOLE song playing, this one’s for you.

WATCH: Every Bunny Was Kung Fu Fighting with Full Song

And if you actually watched all three videos (or thought about it!) you probably need to wear a shirt like this one: 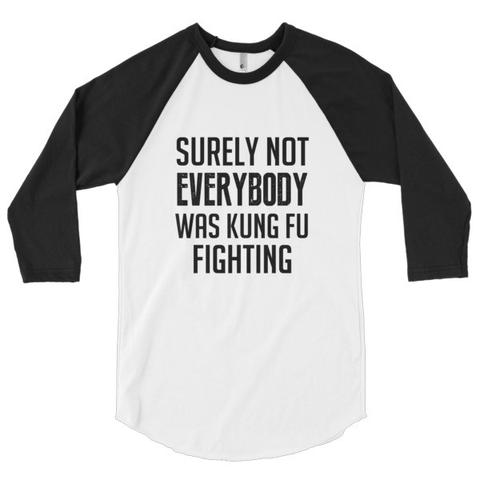 And while this video wasn’t the first to make the joke, it’s definitely making a lot of people’s day and bringing lots of chuckles! 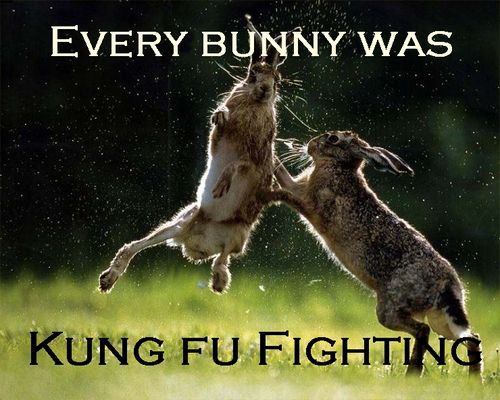 Pony And Her Foal Heroically Rescued

Man Dances For His Dog And Becomes An Internet Sensation

Police Officer Saves Thirsty Pit Bull From Drowning, He Might Adopt Him

Strangers Unexpectedly Found Their Twin And Couldn’t Believe Their Eyes