Oscar the cat used his 9 lives when a farming accident left him missing his back legs. After trial surgery, Oscar became the first cat with 2 bionic legs!

One mid-afternoon in 2009, Mike and Kate Allen had an unexpected visitor to their door. A woman on a bicycle asked if they owned a black cat; there was one seriously injured on the side of the road. Mike swiftly ran up the road and found his beloved cat, Oscar, missing his back legs. It appeared as though he had tried to drag himself home but was unable to make it all the way. The Allens rushed Oscar to the local vet unsure of what the outcome would be.

‘They’re harvesting. I think Oscar must have been caught by the combine,’ Mike explained to the vet, Peter Haworth. 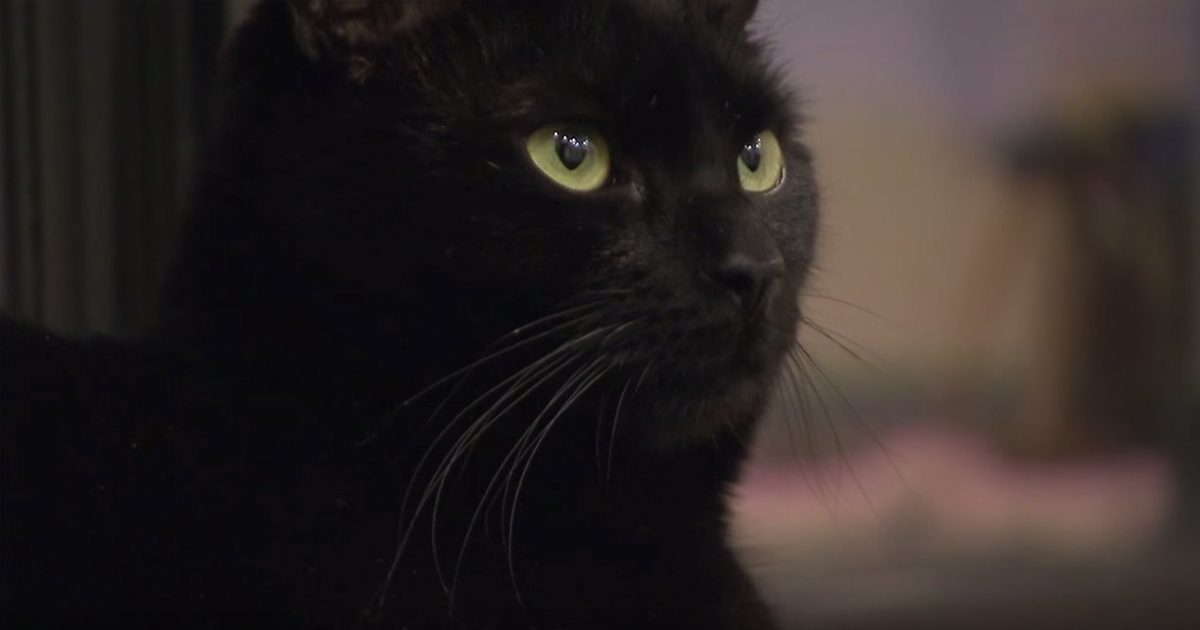 When the Allens returned to the vet to discuss Oscar’s future, they expected the worst. Instead, they were given a glimmer of hope.  Veterinarian Haworth had a colleague, Noel Fitzpatrick, who had successfully used implants on amputee dogs. After some time evaluating Oscars x-rays, Noel agreed to do the surgery. Fusing metal and bone, specially-coated titanium rods would project through the skin so that prosthetics could later be attached.

There was a 50% chance that it would work. Since Oscar was only 2 years old and seemed to have a strong will to survive, the veterinarians thought it was worth the risk.  Oscar was flown to Noel’s practice, Fitzpatrick Referrals.  After a successful surgery, Mike Allen went to visit Oscar at Fitzpatrick’s animal hospital. While the prospects were great, seeing Oscar with metal rods in his legs was difficult. Had they made the right choice?

‘Oscar really wants to live. He’s got real fight in him,’ Noel said, guessing my concerns.

WATCH: Oscar The Cat Is A Miracle After A Farming Accident

Since his internet fame after receiving the prosthetics, Oscar has required additional surgery. In 2012, Oscar’s implant broke and an infection set in.  Oscar was again facing a never-before-completed surgery and his life was counting on it. Dr. Fitzpatrick agreed to again work with Oscar.

In order to save him, Noel had to amputate Oscar’s foot and construct a prosthetic that would connect to his shin. Amazingly, Oscar came through and was soon bouncing around like nothing had happened.  His new prosthetics are specially designed to break under tension at the foot vs up in Oscar’s leg hopefully avoiding another infection problem.

YOU MAY ALSO LIKE: 8 Perfectly Timed Over-exaggerated Cat Moments Will Make You Chuckle