In a situation where recent Hurricane Harvey could have caused yet another devastating story, an amazing act of humanity took place. And it all happened on live television. News reporters stopped their live broadcast to rescue a man in a flooded truck.

Hurricane Harvey caused so much flooding and locals did not know how to tell which waters were shallow enough or too deep to drive in.  CNN’s lead reporter, Drew Griffin, was giving a live report on the current state of the area.  That’s when Jerry Sumrall was driving his truck up the street from his motel and misjudged street flooding.

Thinking that he was driving through a road that was just flooded with only a little bit of water, Jerry was actually driving in a drainage ditch that was flooded with twelve to twenty feet of moving water. The floodwaters quickly forced Jerry and his truck down the stream.

Reporter, Drew, noticed what was happening as he was beginning to set up for his live report. Acting quickly, the news reporter and his camera crew played the role of heroes on this day.

It was completely against protocol. Journalists are told to avoid being an active role in the stories that they cover. They are to avoid situations where they are at risk of being in danger.

Drew did not think twice about breaking the rules and missing his live shot to help save a life. He immediately stopped reporting his live broadcast. Along with one of his cameramen, they ran to rescue Jerry before the waters submerged his truck with him in it.

The camera was still rolling, allowing the whole world to watch Drew go from news reporter to hero in a split second. He could be heard yelling for his crew members to give him a rope. He prompted them to call for emergency help just in case he was not able to rescue Jerry fast enough.

Thankfully Drew and one of the members of his camera crew pulled Jerry out of his truck just in time.

“Come on, sir, let’s get you up and into the dry,” Griffin said to Sumrall. “How are you doing? Lord have mercy, this is too much of a time for you to be interviewed right now. Are you doing all right? Your heart doing OK? You’re alive, sir. You’re alive.”

After composing himself, Jerry thanks Drew and the rest of CNN staff. Everything happened so fast and if Jerry did not get out right when he did, he probably would not have survived.

“I want to thank these guys for saving my life.”

YOU MAY ALSO LIKE: Hurricane Irma Delivered Its Worst, Strangers Stepped Up with Their Best 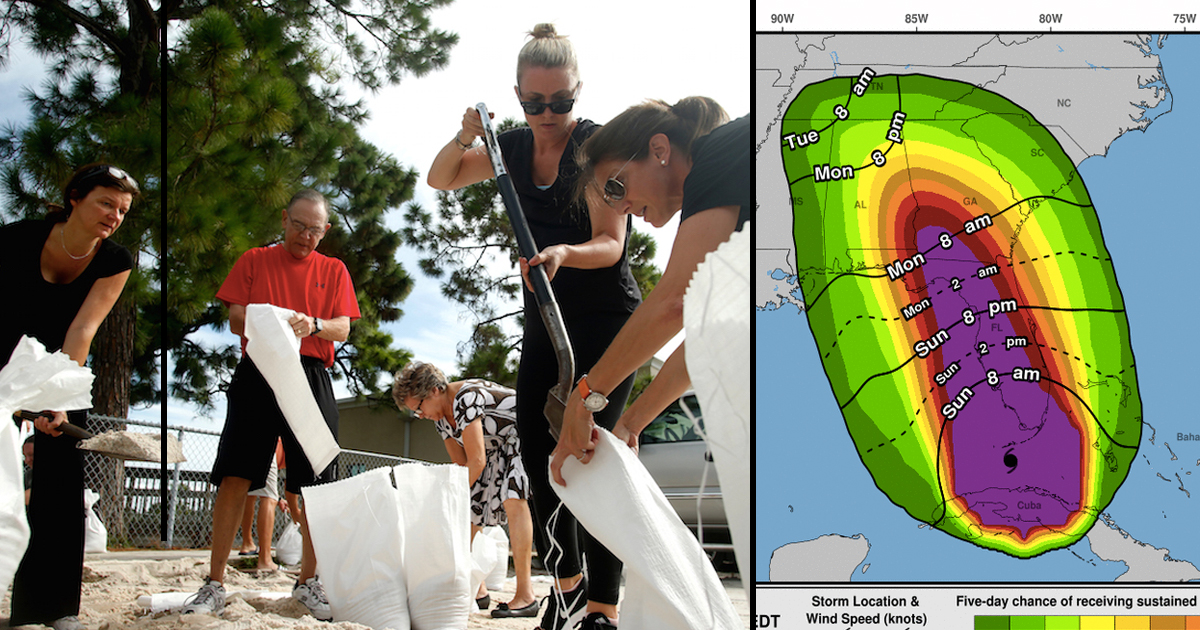 Puppy Drags Her Blanket To Share With A Cold Stray Dog