Brave Beaver Herds Over 150 Curious Cows Across Ranch With Ease

At most ranches, a dog is responsible for herding the cows, but not at this ranch. A brave beaver is the leader of the pack! Unexpectedly so. One evening on a beef ranch, ranch owners Adrienne and Aaron Ivey walked along their pasture to check on their cows.

The sight that these ranchers saw completely shocked them!

Aaron and Adrienne noticed that their cows were together in a tight huddle. As the couple got closer to their herd, to their surprise, they saw the reason they were so quiet.  150 cows were crowded around and closely following the instructions of… a beaver!

The size of the cows did not intimidate the beaver at all. Neither did having over a hundred cows surrounding him! The beaver continued to wander around the pastures with the cows herding right behind in a parade.

“They were absolutely enthralled by this wayward beaver traveling across their stomping grounds. Enthralled, but wary enough to keep their distance”, Adrienne says in her blog.

It is not unusual for other animals to wander on the cows’ land, but this level of interaction is definitely rare! Cows are known for being curious animals. This herd was no exception as they followed the beaver’s every move. When the beaver stopped, the cows stopped, and when the beaver walked, the cows followed.

Adrienne pulled out her phone to record the cows’ behavior. She wanted everyone to get a good laugh from the unusual shenanigans.

“We just thought this was so funny”, she says. “I’m sure this will make you smile as much as it did when we first witnessed it”.

YOU MAY ALSO LIKE: Dairy Farmer Performs Concert For His Jazz-Loving Cows 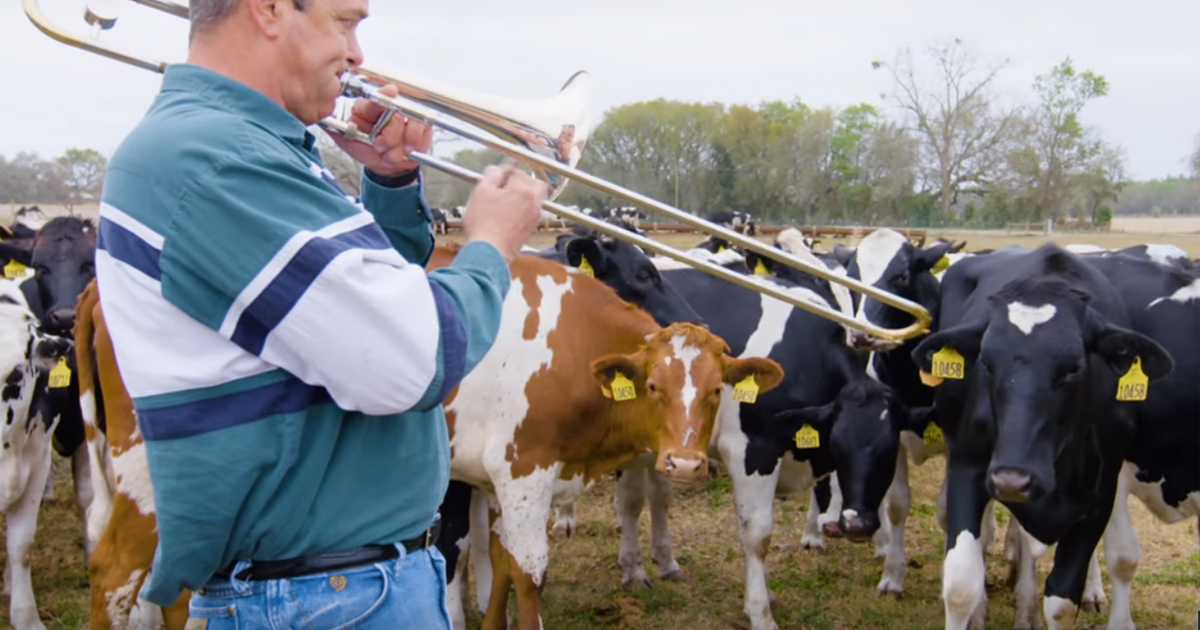 Who’s to say cows don’t know good jazz when they hear it?  These jazz-loving cows are soaking up the rhythmic tunes played for them by their farmer. READ MORE >>>

Rescued Sloth May Be One of World’s Cutest Animals

Don’t Miss The Biggest Supermoon Since The 1940s