They might not agree on everything, but these adorable best friends in their 80’s teach the importance of having a pal by your side.

Host of Channel 4 News, Ben Aaron, met two New Jersey seniors, Harvey and Eddy while filming another story. The duo were so dynamic, he had to make a segment just on them. Harvey and Eddie have been best friends for a long time.

As the interview open, it’s clear these fellas are making the best of life together – one joke at a time. After some confusion about how old each other are, the men quickly turn the moment into a laugh:

“Though there’s snow on the roof…there’s fire in the belly!”

“You better believe it!”

Ben decides to get the men’s take on current pop culture.  He has them first listen to Adele’s Rolling In The Deep.  Instructed to give the first thoughts that come to mind, Harvey and Eddy are not shy about sharing and their responses are hilarious:

Next they played a word association game with modern cultural references. Ben asks them to give their first response to “Snookie”. Harvey and Eddie instantly respond with giggles:

“When we were young we said ‘Did you get any nookie?'”

The humor continues through their time together. Including our favorite moment when Eddy takes a phone call in the middle of Harvey’s interview question and doesn’t bat an eye.

In a follow up video, Ben Aaron let’s the men know that their interview has gone viral. He asks them what they think it is about them that people love so much. Their responses are hysterical:

Harvey responds about himself, “Charisma!”

Harvey and Eddy continue to take the internet by storm. After requests for an update on the comical pair, Ben visited them again at Fair Lawn Senior Center in Fair Lawn, New Jersey.

This time instead of asking the men about pop culture, Ben asks them to take him on a tour of their favorite things. The morning starts off with exercise at the senior center, followed by a visit to Harvey’s wife, Rhoda, and some makeover magic!

The clip ends with Eddie giving a ‘shout out’ to all the ladies: “I’m available!”

WATCH: Harvey And Eddy Take Us On A Day In Their Life

We love this duo! Everyone should be so lucky to have such a great friend throughout life. Harvey and Eddy prove that a little laughter goes a long way.

YOU MAY ALSO LIKE: Nursing Home Residents Enjoy A Balloon Battle 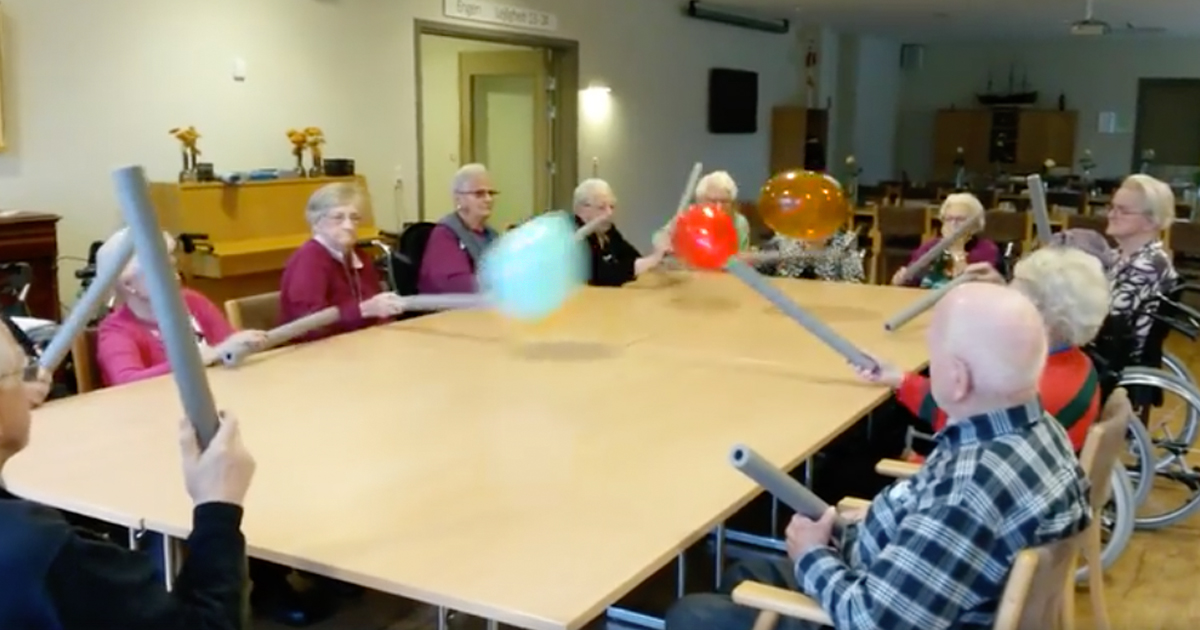 Dad Confronted By Teacher After What Daughter Said At School

Dad Takes Son With Disabilities to Skate Park, Then They Have A Ball