Toddler Locks Himself In Car, And Can’t Stop Laughing At Firefighters Trying To Free Him

When this toddler locks himself in his mother’s car, he thought it was all fun. He couldn’t stop laughing at the firefighters rescuing him.

Brandon Emery sure does know how to keep everyone on their toes. At just 14 months old, he thought that this was his time to test out the steering wheel. While Brandon was on a shopping trip with his mother Kristy Green, he kept testing the limits while inside of the shopping cart.

“He’d been in the little child seat of the shopping trolley but it didn’t have any straps, so he kept trying to stand up while I was shopping,” she said.

We all know exhausting shopping can be with the little ones, so Kristy did was she thought was best in the moment.

“I decided to put him in the back of the car while I was unloading the shopping so he didn’t keep trying to stand up in the trolley,” Kristy explained.

Kristy said she had absent-mindedly set her keys in the hatch of her car while he loaded her car with her restless toddler inside. When she realized where she left the keys little Brandon made his move and locked the door. Toddlers are very quick, and Brandon accidently but swiftly locked himself inside.

“I was a bit panicky at first, wondering how I was going to get him out, but luckily a few other shoppers quickly came to help me out…” Kristy said. One lady was able to help her call for the firefighters.

When the fire crew arrived, Brandon was having the time of his life! They entertained him and made him laugh the entire time. It’s hard to say who had the best laughs, Brandon or the firefighters. 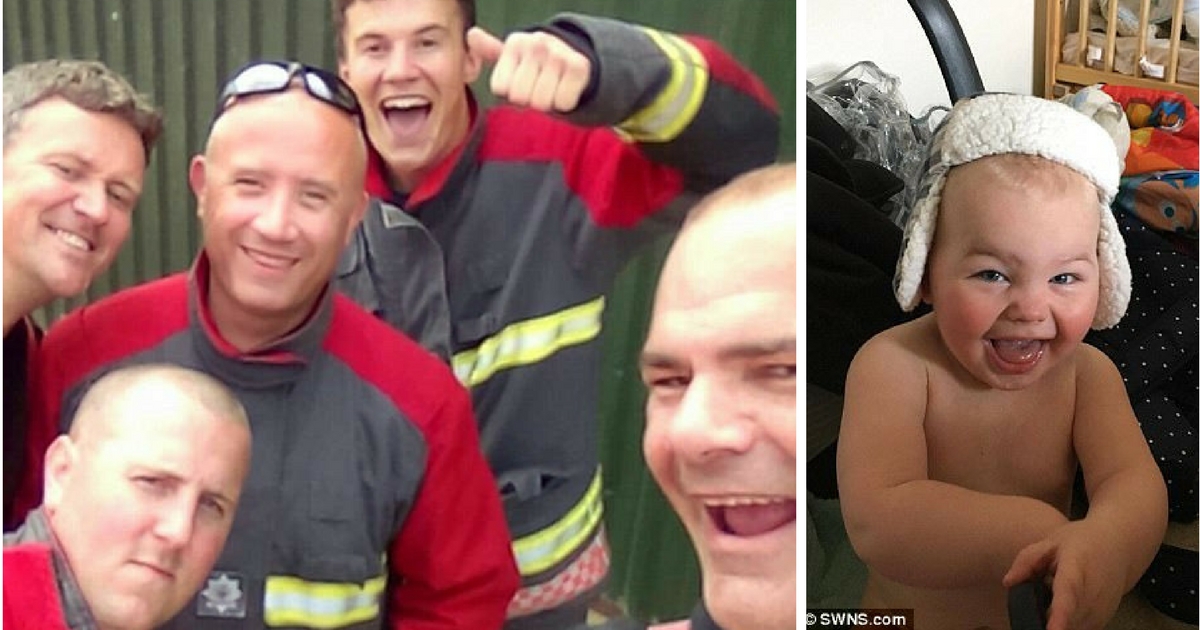 “They were amazing, and I think just as much as they were keeping Brandon entertained, he was equally making them laugh” Kristy said.

At first they used small tools in try to get Brandon out of the car. Luckily, it wasn’t a hot day. But in true toddler fashion, Brandon placed a coin in his mouth. To prevent him from choking the firefighters busted through the back window to set Brandon free.

Brandon was not hurt at all, but he already has experience behind the wheel. And to think, all his mom wanted to do was to grab a few groceries.

YOU MAY ALSO LIKE: Baby Records Her Own Getaway After Swiping A Phone