10-year-old military dog, Cena was diagnosed with a very aggressive form of terminal bone cancer.His health declined rapidly and it caused him so much pain. Eventually, he was not able to walk on his own.  Given only a few weeks to live, his owner, Lance Corporal Jeff DeYoung had to make the decision to put Cena at peace. He wanted to say “goodbye” to Cena in an honorable way.

Cena served in the Marines as a combat canine assigned to sniff out bombs and other explosives. He served three tours in Afghanistan, one of which was alongside DeYoung. After DeYoung retired, Cena served in a few more battles and then went into retirement. DeYoung battled with post traumatic stress disorder and adopted Cena as his service dog once Cena retired from the war. They provided support to each other just like they did while they were in combat.

“My whole adult life I’ve had Cena,” DeYoung said to NBCNews. “When I was 19 overseas learning how to be responsible, I had Cena. “And now I’m 27 and I’m having to say goodbye to one of the biggest pieces of my life.”

Farwell for a True Military Hero

DeYoung organized a ceremony for Cena and hundreds of people showed up to pay their respects after hearing about it through Facebook. He wanted to take Cena for one last ride in a topless Jeep Wrangler. Even though he did not originally plan for such a large event, DeYoung was grateful for those who came. He really loves Cena and his “goodbye” ceremony shows how important he is to DeYoung and to the United States Marine Corps.

“This dog, this brother of mine, has sat with me through a divorce, through homelessness, through missed jobs, my PTSD strikes and waking up in my bathtub crying,” DeYoung said.

DeYoung and Cena drove a jeep that had decorations all over with the title, “Cancer Response Team”. Following behind them was a huge crowd of people driving their jeeps and motorcycles while waving the American flag.

DeYoung wore his military-issued dress blues for the funeral.  Cena was in his own blues that were homemade.

“Every Marine has to go out in a set of dress blues,” said DeYoung to Fox17. “That’s just the way we are.”

Taking their final walk together, DeYoung carried Cena into the USSA LST 393 to be put to rest. Everyone stood saluting as the two American heroes marched by. What an emotional, yet honorable moment.

In patriotic fashion, Cena received full military respects at his funeral. Military personnel saluted as the dog was carried past them. DeYoung carried his casket from the ship, draped with an American Flag. From atop the ship, Taps could be heard. Cena was laid to rest Saturday, Aug. 26, at the Michigan War Dog Memorial.

What a service Cena provided not just for DeYoung but for all the troops in their unit. For a job well-done and a life well-lived, we are forever grateful.

YOU MAY ALSO LIKE: Policemen Turn Rescue Pit Bulls Into K9 Patrol Dogs 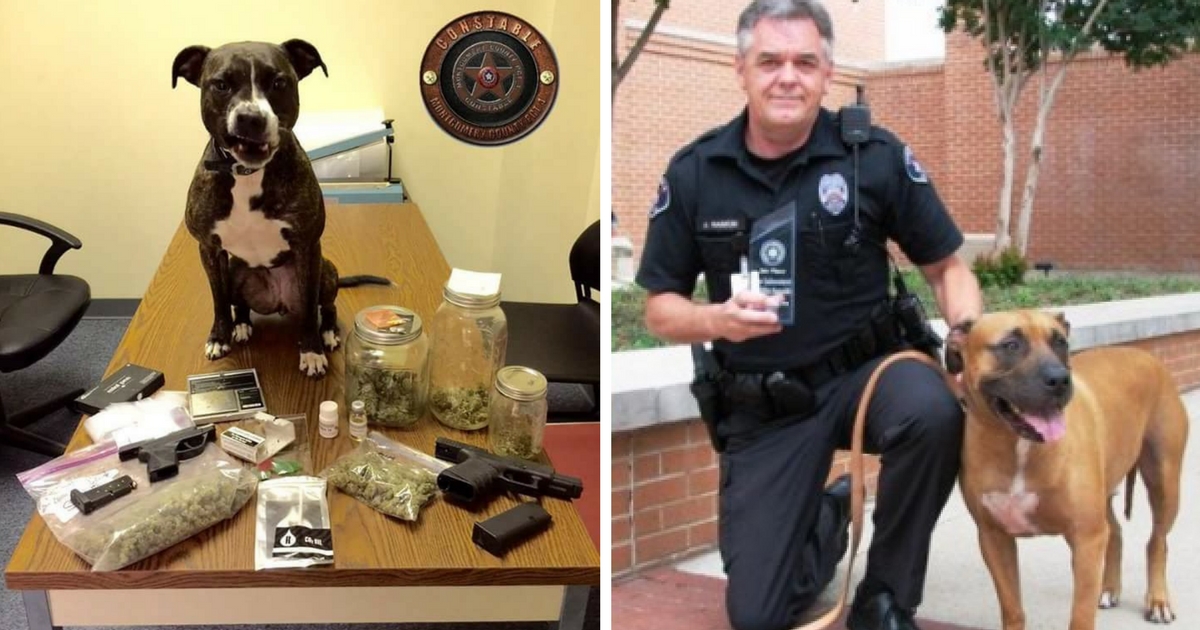 Have You Ever Wondered What A Unicorn Would Sound Like?

14 Wolves Went Into A Park, Then A Miracle Came Out

Cat Lovers Get Surprised By A Box Of Kittens