Can you imagine the feeling of being invited to sing a duet with one of your favorite singers? That’s what happened to Lucas Holliday. After a video went viral of him singing to customers, Lucas was asked to sing on stage with talented singer-songwriter, Maxwell.

The artist saw a video of Lucas singing one of his songs in a video that was posted on Facebook. It was posted by Sharee Nakia Robinson, a frequent customer of the Dollar General where Lucas works.

“OK folks, this is my area Dollar General and this is one of my favorite cashiers and he is the bomb,” she said in the video. “You gotta come and check him out down here.”

Lucas usually sings to his customers while he rings up their groceries. He is used to performing with his band called, “Tell Yo Mama”, so he was not at all shy about serenading his customers. Lucas says that he uses singing as a way to help him cope with feeling down or stressed out.

He really enjoys lifting up his customers’ spirits and that is exactly what he is doing in the shared video. Filling the store with such soulful sound, Lucas sings his own rendition of Maxwell’s 1996 hit single and it wowed everyone in the store.

WATCH: Lucas Singing For His Customers

The video went viral with over 500 million views and among those views was the famous singer, Maxwell. So astounded by the way that Lucas has sung his song, he tweeted for someone to help him locate Lucas.

“if anyone knows where this guy lives let me know i wanna bring him on stage!!!” #soulhasnocolor #maxwellsurbanhangsuite #donteverwonder https://t.co/DkpWmpXtXq

With the help of Good Morning America, Maxwell was able to present Lucas with the surprise of his life!

Good Morning America did a live video interview with Lucas. Maxwell, through via pre-recorded video, personally offered Lucas the invitation to perform a duet with him on stage at his concert that weekend.

“this is how you make a ‘good morning america great’ @GMA shout to LUCAS fasten yo seatbelt ya life is about to inspire so many!” #dreams pic.twitter.com/GaP1fVd6JT

“Please, yes! Please!”, Lucas exclaimed while accepting the invitation. What a once in a lifetime dream!

Lucas was able to perform the very song that made him known from the viral video. From the stage, Maxwell tweeted several videos of him and Lucas having a good time dancing and singing together in perfect harmony. Lucas is in his element, as the audience is in awe of his pristine and powerful voice.

“as promised mr. lucas holiday got on stage to sing ascension! special thanks to @GMA for finding him for me” #kingandqueenofheartsworldtour pic.twitter.com/lGfSL5DoXF

” stay tuned to @GMA and watch behind the scenes footage of lucas holiday’s rise.. don’t ever wonder..” #kingandqueenofheartsworldtour pic.twitter.com/oeDcpmO9hr

Lucas was so thankful to Maxwell for the opportunity and in appreciation of the unforgettable experience. He tweeted a video of a compilation of clips from the amazing night along with his ‘thank you’.

INCREDIBLE time last night. Thankful I can share this with you all. More soon. Thanks @_MAXWELL_ @maryjblige
#detroit pic.twitter.com/wsJiDKrQOz

Lucas’ fame does not stop there.  He recently announced that he auditioned for NBC’s “The Voice” and the episode will air on television. Way to go, Lucas!

YOU MAY ALSO LIKE: Boy Wows Idina Menzel When He Sings “Let It Go” 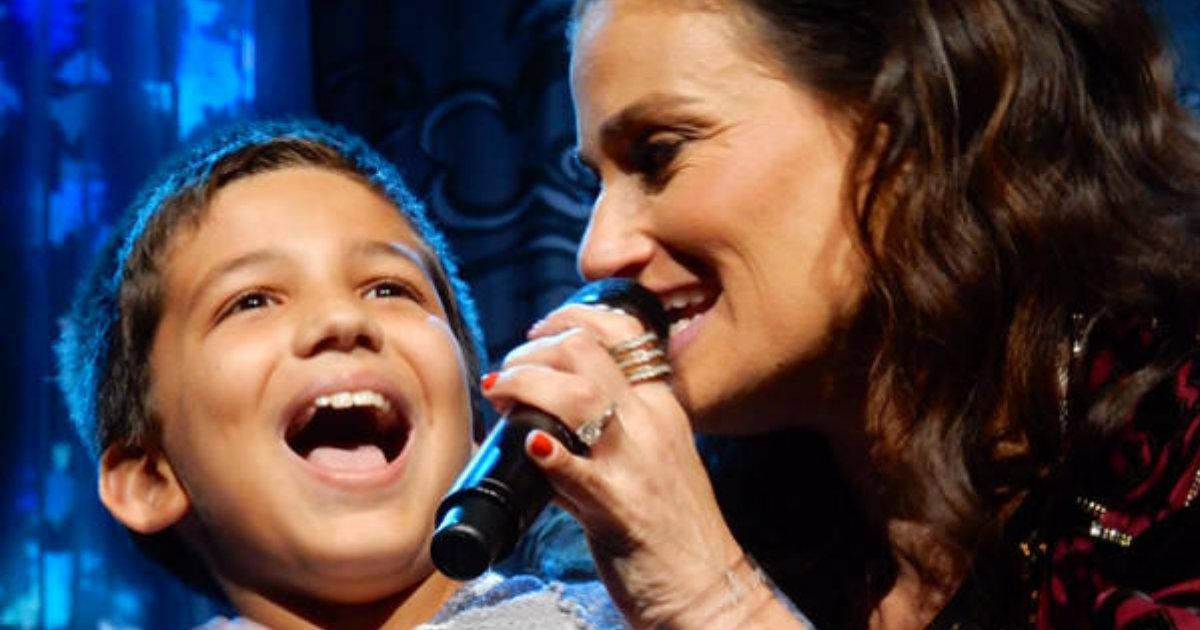 Full-Time Granny Is Mocked By Others For Being ‘Unpaid Nanny’

Mom with Alzheimer’s Sings Touching Duet of ‘Praying’ with Son

Students Were Dancing At A Mall When The Police Arrived

Passenger Sings Loud Over Intercom in Airport While Waiting for Flight